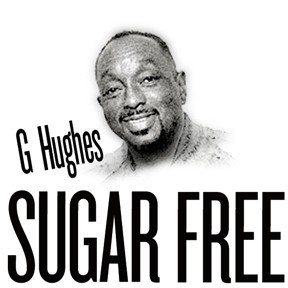 G Hughes (Ira “Guy” Hughes) began his journey in the small town of Braceville Ohio, where he was raised in a close-knit community with his mother and father, and three siblings. Guy grew up filled with special childhood memories of summertime, watching his mother standing over a smoke-filled BBQ pit, slathering finger-licking sauce on chicken and ribs. Other than Christmas, summer was the best time of the year for Guy – jam-packed with outdoor fun and quality family time that centered around cookouts.

Guy had a strong desire to continue in his family’s time-honored tradition to BBQ. G Hughes took his family’s secret recipe for BBQ sauce and added his own “special” ingredients to create his signature product. G Hughes then honed his BBQ skills, utilizing the perfect cooking technique, temperature, and of course his signature sauce. Guy began to compete and quickly became an Award-Winning Pit Master. As Guy won more and more Rib Cook-Off’s, his reputation grew. Over the years, G Hughes has served thousands of BBQ enthusiasts from famous entertainers to folks like you and me.

Over the years, G Hughes had numerous requests for his sauce and began to bottle his special formula. As Guy grew older, he saw the need to create products for those that wanted to experience the sweet and savory experience of BBQ but required sugar-free. G Hughes forged a relationship with a local Northeast Ohio Company, Gia Brands Inc., and produced at Summer Garden Food to formulate and create a line of sugar-free products that provide all of the taste and none of the guilt.
Featured Products